Oxidants / Free radicals and their consequences

What are free radicals / oxidants

Free radicals are atoms or molecules that have one or more unpaired electrons and therefore react very readily.

They are capable of modifying and/or compromising practically all chemical compounds that occur in the body.

This is caused by the tendency of unpaired electrons to break the attraction that keeps other electrons in a compound.

Free radicals attract single electrons away from intact structures (in this case a molecule).

The molecules or atoms that are attacked in this way then become free radicals themselves. A chain-type radical transfer reaction takes place.
(Graphic: AIRNERGY AG)

How are free radicals formed?

What are the effects of “oxidative stress”?

Excessive amounts of free radicals lead to oxidative stress and the continuing oxidation processes initiated thereby can cause damage to healthy cell membranes and other biological structures.
The loss of an electron turns the oxidised molecules into free radicals themselves. A dangerous chain reaction is initiated, which creates a steady stream of new, aggressive particles. These destructive processes at the cellular level significantly aggravate the following health problems.

Available without prescription in all naturopathic pharmacies
(PZN 10013765)

Available without prescription in all naturopathic pharmacies
(PZN 10013765) 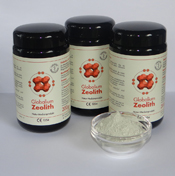 Violet Glass - All about the storage capacity